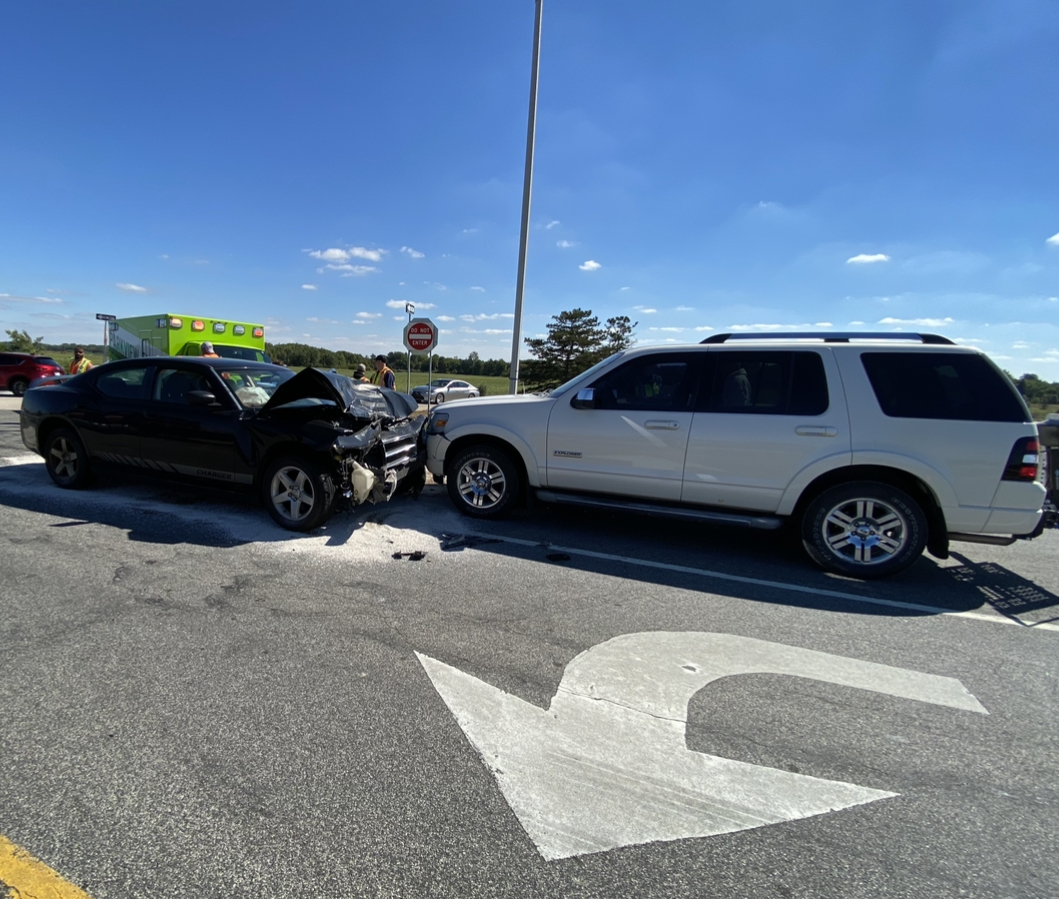 Auburn, IN — Authorities responded to a crash involving three vehicles at an I-69 exit ramp Friday afternoon that sent one man to the hospital.

According to the DeKalb County Sheriff’s Department, 29-year-old Samuel Wildman told officers he had gotten off of Interstate 69 at the 326 mile marker’s southbound exit, and stopped at the end of the exit ramp facing north.

At that time, reports indicate 33-year-old Andrew Gent was traveling southwest on County Road 11A when Wildman pulled out into the road and crashed into him (Gent).

The third vehicle, driven by 48-year-old Rex Cook, was waiting on County Road 11A to get onto I-69 when the crash happened. Investigators say after Wildman crashed into Gent, Gent’s vehicle traveled slowly before it crashed head-on into Cook’s vehicle

Gent complained of both neck and back pain and was transported from the scene by Parkview EMS.

Wildman and Cook were not injured.